Not much progress on American Hero… But earlier this month I did add particles! They make the game look a lot more professional:

This isn’t online yet, because the the XML files defining the particle emitters aren’t loaded using the resource manager at the moment. I only spent one day on this feature, using Slick‘s particle engine. You can design the particle systems with a tool called Pedigree: 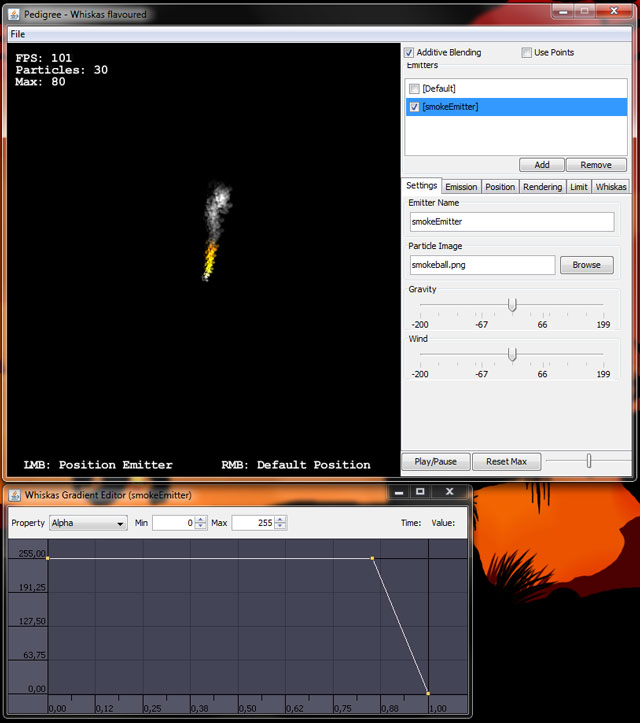 If you compare the preview to the screenshot above, you’ll notice that the smoke plume looks a little bit different in-game. This is mostly because I re-sample the images using nearest-neighbor, so the pixels don’t get blurry. The editor is still very helpful to create these effects. You can create a color gradient for the lifetime of the particles and curves to control their opacity. There are some limitations and I have to be careful not to have too many particles on screen at the same time, but I’m very happy with how the animated particles add to the graphics of the game.

Smoke is nice and all, but I really need some cool looking, powerful explosions! It’s a little more tricky, because the particles should only be spawned at one point in time. To make it look good I probably need multiple emitters. Let’s see how that goes… The other way to do it would be sprite animation… Which is another big challenge I still need to tackle!