A long weekend was enough to produce another short video with my brother and my cousin. We just wanted to play around with different camera angles, to tell a little story. Oliver came up with the idea for a fight over a key, using office supplies. He even drew a storyboard! From there on, we just improvised.

In addition to telling a fictional story, we also broke new ground for ourselves in terms of equipment: We used a Panasonic camcorder, which recorded in PAL format on Mini-DVDs.

In this part, there are longer dialogue scenes. We tried to mix things up for the action: New weapons and an epic underground location: The appartment complex’ parking garage. Which makes this one much more Terminator/film noir inspired. This is also a prequel, made only 4 days after the first. 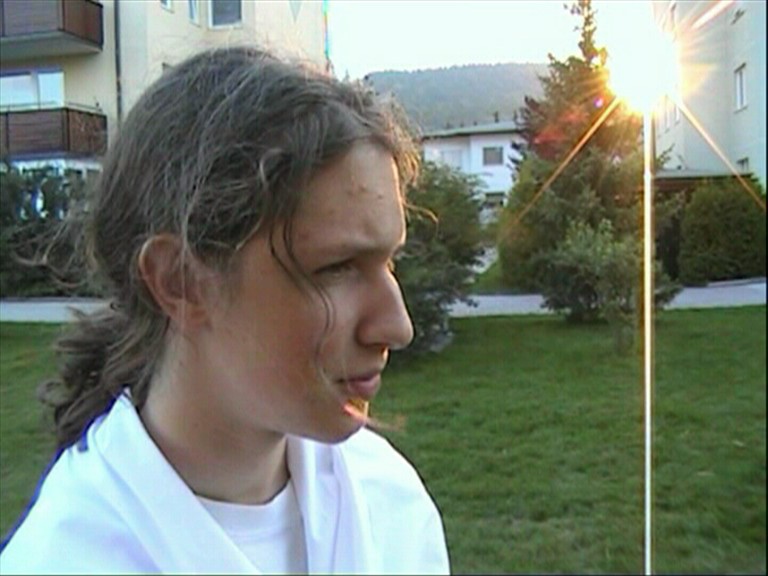 This part of the story is set between part 1 and 2. This is where we became over-ambitious and couldn’t really pull off all of our ideas. We tried to go for a full Kill Bill-vibe with training/preparation sequences and samurai action. Both the plot and dialogues are again largely improvised. The location in and around our house is becoming repetative. We also ran out of ideas for the action scenes.