I was out of school and it was time to apply for universities. One in particular required the submission of a video on the subject of “underground”. It was 6 weeks until the deadline and I had no other commitments at that point. What could’ve worked out fine, turned into a nightmare of a project. 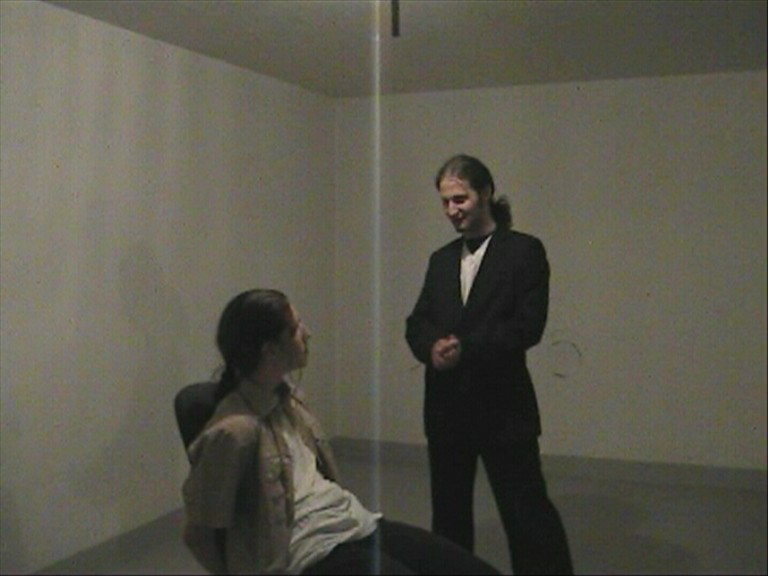 I began brainstorming ideas and even made tons of notes and sketches for various concepts. But as the weeks passed by, I watched in horror as I deemed them all unworthy. In desperation, instead of pursuing something original, I decided to shoot some kind of spy thriller. It was just three days before it had to be done.

Since it wasn’t animation, I knew it could be done fast. But I was still in over my head. There were 5 roles to be filled, which meant recruiting some of my friends. I forced my brother Peter to play the protagonist, a captured secret agent who is being tortured. He had a cold at the time, so the underground shoot must have felt a bit like actual torture. Filming the scene in the underground bunker took many hours and it became unclear if we could film an ending on the same day. Everyone’s motivation was put to the test, but we managed to shoot abriged versions of all the planned scenes.

In editing, the challenge was to fit all the important story moments in the 5 minute time limit for the short. There were moments where I didn’t believe it would work. But during the last night before the deadline, I manged to complete the edit. I even added digital muzzle flashes for the gun shots. I don’t think I got much sleep at all, but the very next day I caught the train to personally deliver the video on DVD.

Needless to say, I wasn’t invited back for a follow-up interview. But making this film taught me many things about myself and my limits as a creator. Most of all, I learned that execution matters more than finding the perfect idea. Actually getting a project started the minute you have something and letting it evolve organically makes for a much better end product.